One more DIVE-Turbine for EDF France 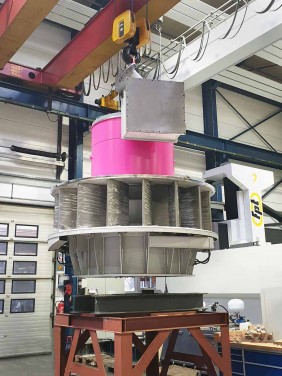 In 2015 two twin Francis turbines have been replaced at a retorift of hydro power plant Mancioux. In 2018 a third turbine was to be installed in another empty turbine chamber. After three years of operation with DIVE-Turbines the customer, EDF France, decided for another DIVE-Turbine.

Thus the unit of turbine and generator reaches efficiencies up to 86% from the hydraulic energy of the water up to the public grid.

The new turbine of Mancioux is the 39th DIVE-Turbine on the grid.