In February 2018 the first DIVE-Turbine with Hybrid-Technology was set into test operation at the French hydro power plant Mazères. The site of Mazères is located at the river Hers in the Ariège region, approx. 1 hour south-east of Toulouse.

The new DIVE-Turbine was installed to replace an existing turbine that had been removed during modernization.

With this turbine a new milestone has been set by DIVE Turbinen GmbH & Co. KG and its partner SAS 2EI Industries: the turbine comes with hybrid technology as a combination of double and single regulated DIVE-Turbine. With this technology it reaches highest efficiencies.

At full load – approx. 75 up to 100 percent of power – the inverters are disconnected from the speed regulation. The generated energy is directly fed into the grid without inverter losses.

At part load – less than 75 percent of power – the inverters are reconnected to adjust the runner speed to the amount of water and reach high efficiencies also in part load.

The hybrid operation could have been developed because of modern inverter technology and the broad field experience of DIVE Turbinen GmbH & Co. KG and SAS 2EI Industries. 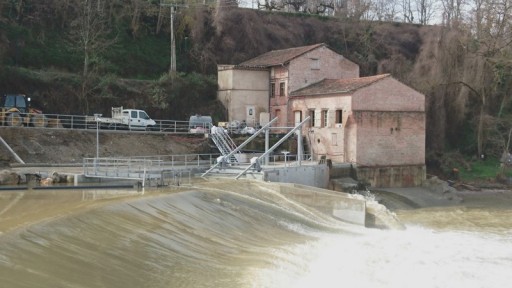 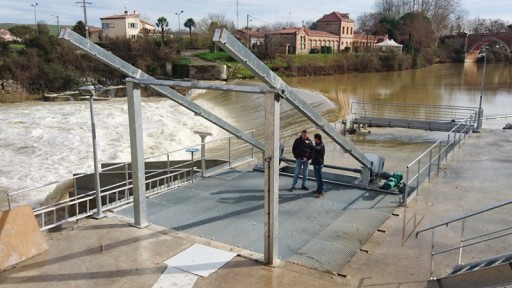